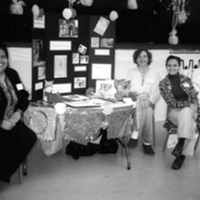 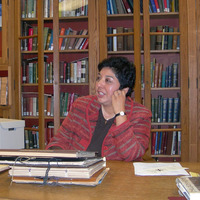 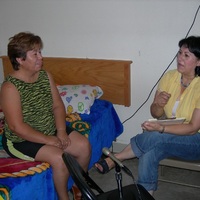 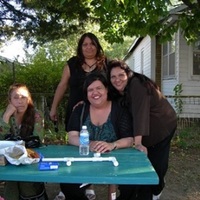 In 2005, the Iowa Women’s Archives initiated the Mujeres Latinas Project to preserve the history of Iowa Latinas, their families, and their communities. This project built on the pioneering work of Grace Nuñez who, under the guidance of Ernest Rodriguez and Rusty Barceló in the 1990s, researched, wrote, and conducted oral histories about the early history of Mexicans in Davenport and Bettendorf.

Once the initial thrust of the project was over, IWA hired several undergraduate students to transcribe the English and Spanish-language interviews. Some of the interviewees donated photographs, correspondence, and additional family materials to accompany their oral histories. The Iowa Women’s Archives is the repository for the records of the Muscatine Migrant Committee and the League of United Latin American Citizens – LULAC Council 10 in Davenport. 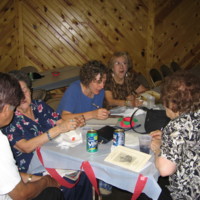 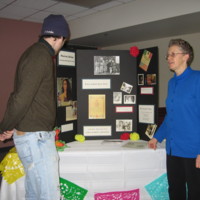 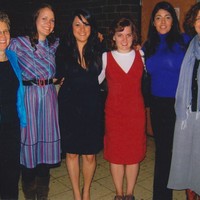 The community liaison to the Spanish speaking families in the Columbus Junction schools, Georgina Buendía-Cruz worked as an oral history interviewer for the Mujeres Latinas Project during the summers of 2006 and 2007.  Georgina had immigrated to Iowa from Mexico in the 1980s and later worked with Proteus, a health care organization for migrant workers.  Drawing on her knowledge of migrant communities in Iowa, she conducted Spanish-language interviews in southeast Iowa, primarily Columbus Junction, Williamsburg, Conesville, and Muscatine.

Librarian Rachel Garza Carreón joined the staff of the University of Iowa Libraries in 2004, just as the Iowa Women’s Archives was planning and laying the groundwork for the Mujeres Latinas Project.  When Rachel arrived, she offered to assist the Iowa Women’s Archives’ small staff of two and was an integral part of the Mujeres Latinas Project. Together with other Archives staff members, Rachel worked to diversify the collections of the Iowa Women’s Archives to include the stories of Latinas and Latinos whose presence in Iowa dates back to the early twentieth century. She assisted with grant writing and the design of brochures and other publicity materials. Rachel recorded oral history interviews with Latinas in Fort Madison, Des Moines, and Sioux City and acquired collections of photos, letters, and other documents that illuminate a rich history that had been invisible to most Iowans. She has taken a leadership role in the Latinos in Action week, speaks about the Mujeres Latinas Project and Iowa Latino history to various classes and groups on campus, and serves as the Libraries’ liaison to the Latino Native American Cultural Center.

In 2006 and 2007 while she was a PhD candidate in the UI College of Education, Teresa Garcia worked in the Iowa Women’s Archives on the Mujeres Latinas Project. Developing contacts and conducting interviews in Mason City and north central Iowa, Teresa significantly expanded the Archives’ holdings of family papers, letters, photographs, and other materials that illuminate Iowa’s rich Latino heritage. Coming from a family that had lived in Iowa for many generations, she drew on a deep knowledge of Mexican-American history and culture. Her dissertation, "Mexican Room: Public Schooling and the Children of Mexican Railroad Workers in Fort Madison, Iowa, 1923-1930," completed in 2008, focused on the education of Mexican-American students in Iowa in the early 20th century. She is now Executive Dean of Academic Affairs, Keokuk Campus of Southeastern Community College.

A graduate student in mathematics, Iskra Núñez joined the Mujeres Latinas Project in June 2005.  A native Spanish speaker who came to the United States from Mexico as a teenager, Iskra conducted oral history interviews and translated brochures and other documents from English into Spanish. She attended the Latinos Unidos Festival in Clive with other IWA staff and wrote letters to Latinas telling of our interest in preserving their stories. During the five months she worked on the Mujeres Latinas Project she became passionate about preserving Mexican-American heritage, ensuring that the stories, photos, and words of Iowa Latinas were captured for posterity.

Janet Weaver, Assistant Curator, Iowa Women's Archives joined the Archives in 2001 and began working on the Mujeres Latinas Project in 2004, assisting with planning and implementing the project.  Drawing on her background in Iowa labor history, she conducted oral history interviews in the Quad Cities area and Muscatine and expanded the Archives’ holdings to include the records of the Davenport League of United Latin American Citizens, the Muscatine Migrant Committee, as well as collections of family papers, including photographs, memoirs, correspondence, and newspaper clippings. She later published two articles about Mexican American activism in eastern Iowa.

Kären Mason was hired as the first Curator of the Iowa Women’s Archives in 1992. Since that time she has worked to build collections that represent the broad spectrum of Iowa women and their experiences. She secured grant funding to support initiatives to gather the history of groups often absent from historical accounts and archives, including African-American, rural, Latinas, and Jewish women. She conducted oral history interviews with Latinas in Sioux City, Council Bluffs, and Davenport.