The First Mexicans in Iowa 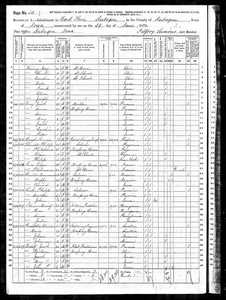 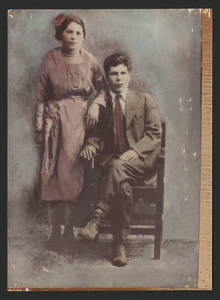 Esperanza and Cruz Martinez followed a process of step migration, living first in the railroad yards of Horton, Kansas, before traveling to Iowa in the 1920s to work as itinerant agricultural laborers.  During the winter months they lived in a Mexican settlement on the outskirts of Manly in northern Iowa.

Emmanuel and "Happy" Benitas were among the first recorded Mexican immigrants to settle permanently in Iowa. A reporter for the U.S. federal census entered their names in 1870.  The Benitas family lived in a working-class neighborhood in the Mississippi River town of Dubuque.  The only Mexicans on their street, they lived among European immigrants from Austria, Hungary, France, and Prussia. The 35-year-old Emmanuel worked as a laborer while his 24-year-old wife Happy kept the house and looked after their son who was born in Iowa in 1868. Their neighbors also worked as laborers and homemakers and included a peddler and a retired chimney sweep. The existence of the Benitas family in Dubuque raises many questions.  Why did they decide to go there? How did the local community accept them?  Did they travel back and forth to Mexico?

Like subsequent generations of Mexican immigrants to Iowa, the Benitas encountered a harsh climate with extreme temperatures that varied as much as 100 degrees between seasons. They did not have a community of Mexican immigrants to help them adjust to the linguistic and cultural challenges of their new environment.  This changed after 1900 when the number of Mexicans in Iowa slowly started to rise. They came north through Texas from central Mexico, especially the states of Michoacán, Guanajuato, and Jalisco.  Even before the Mexican Revolution (1910-1920), they left to escape economic hardship under the regime of Mexican dictator Porfirio Díaz, whose policies had consolidated land in the hands of the wealthy, pushing many farmers off their small holdings. They traveled on north-south railroads that connected central Mexico to the U.S. border, financed and built by American companies in the late nineteenth and early twentieth centuries to facilitate transportation of goods and labor out of Mexico.

The first Mexicans to settle in Iowa worked as traqueros who repaired and laid tracks on railroad section gangs, in foundries and factories, and as betabeleros (sugar beet workers). Many families followed a process of step migration, working first in Texas farm fields, Oklahoma coal mines, or Kansas railroad yards before making their way into Iowa. Some came directly to Iowa, recruited by agricultural employers and the Santa Fe and Rock Island railroad companies. As employment opportunities and living arrangements became more secure, they returned to Mexico to bring additional family members to join them. They followed the same process of chain migration pursued by generations of immigrants the world over. 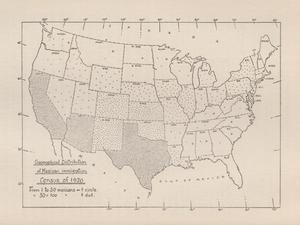 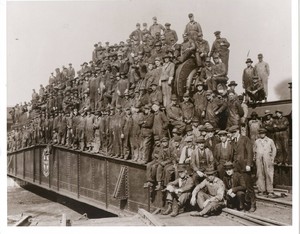