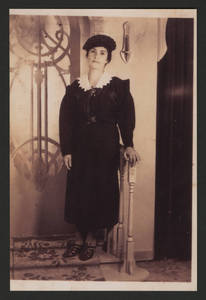 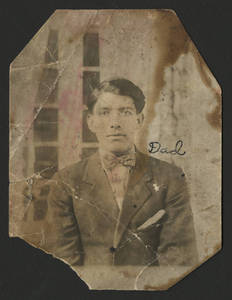 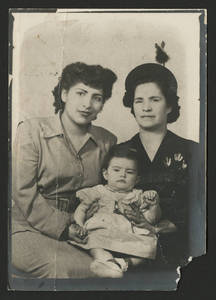 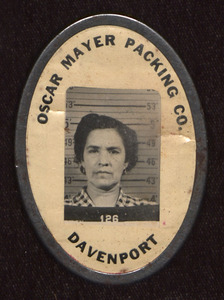 Basilisa de Torres Herrera was born in León, Guanajuato, Mexico in 1899. When she was thirteen, her family moved north, living in North Dakota before settling in Bettendorf, Iowa. At eighteen, Basilisa married her boyfriend Primitivo Herrera, a worker in the Zimmerman foundry. In 1920, Primitivo built a house on 2nd Street. But the house burned down in 1922, just fifteen days after the birth of their son, Marcelino.  The family moved to the Cook's Point barrio in southwestern Davenport, where Primitivo built a new house. Basilisa remembers living in Cook's Point:

The best times were in the summer, in the summer because many people came and farmed all the time. All the people planted their gardens and one had everything so fresh. We had hens, we had everything fresh, and the hens would also be killed to make fresh hen soup. We had pigs and we also had goats…We lived happily.

Primitivo was killed in a foundry accident in 1936, so Basilisa had to look for work outside of the home to support her children.

For many years, Basilisa worked at the Black Hawk Hotel in downtown Davenport. But she grew “sick of it there” because of the low wages.  For cleaning seventeen rooms each day, she earned four dollars and for working in the hotel laundry, just 89 cents an hour.

She started working at the Oscar Mayer packinghouse in 1948.

I wanted to find out if they would give me a job. They told me to come another day around ten, and I said no, I won’t come in at ten, I’ll come in at seven. I went at seven in the morning to get a job. I worked there for twenty-three years over in Oscar Mayer. 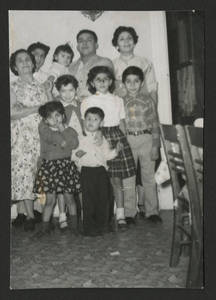 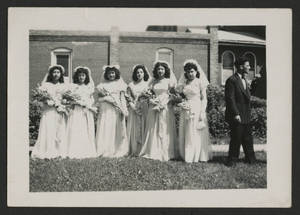